“…with its ability to materialize memory—the installation is soaked in affection, music, and celebration.”

Take a walk inside and you will hear voices and the rhythm & blues just a pumping, both emanating from the heart beat of the installation; the Wurlitzer Jukebox within the shotgun shack.

These sounds elevate the installation to a multisensory experience. Willie’s nostalgia becomes an artistic 3-D historical & artistic documentary. You just might think you are in the real thing while you’re witnessing some of the sights, sounds, and smells of his daddy’s Juke Joint.

This installation was inspired by childhood memories, vivid scenes playing like movie reels in his head as an imaginative little boy growing up off Pactolus Highway near Little Washington, North Carolina in the late 60s, early 70s.

Little witnessed all kinds of going’s on, grown folks talk, moon pies, butter cookies and penny candy in a brown paper bag at his daddy’s mom and pop store (Little’s Grocery) during the light of day. On Friday and Saturday nights, you would think you were in a different establishment.

“Like the Harlem Renaissance artists Melvin Gray Johnson, Palmer Hayden and William Henry Johnson, he (Willie Little) depicts ordinary people… These artists have found the beauty and the honor that elevates the ordinary to the extraordinary.”

He witnessed dancing and romancing to the soulful sounds of Clarence Carter, Wilson Pickett and Aretha Franklin–pickled eggs and pickled pig’s feet, along with a quick 50 cent shot of gin in a Dixie paper cup. It all happened right there, at the counter of the same little hole in the wall of his daddy’s mom and pop store. It became a bona fide Juke Joint!​

The installation began as a series of four vignettes made possible through a 1994 Regional Emerging Artist Grant. The work became a full-scale installation through an Artist Project Grant from the North Carolina Arts Council Project Grant in 1996 and originated in a shotgun house at the Afro American Cultural Center in Charlotte, NC. The exhibit has traveled to over a dozen venues throughout the country since 1995 and in 2003 received a special grant from the Arts & Science Council.​

In 2003 Juke Joint traveled to the Smithsonian Arts & Industries Gallery where audiences swelled to over 305,000 in its three- month run. The original two- month run was extended due to the exhibit’s popularity. The Juke Joint has engaged, informed and delighted audiences of every age, race & nationality.

“In his seminal and critically celebrated installation titled Juke Joint, Little staged scenes from his rural past in meticulous detail, complete with complex characters embellished by a sound environment….additionally, music and regionally specific spoken words and patois play a significant role in Little’s process of memory and autobiography.”

​According to Willie , “I have discovered that as I tell my personal stories, many people from various backgrounds tell me I am telling their stories. A banker sporting a starched Brooks Brothers suit walked up to me– tears welling up in his eyes, saying, “This exhibit validates my existence from the shame of poverty. Thank you!”

​Even a visitor from Lome, Africa glowed with emotion, exclaiming that as she walked in the shotgun shack she felt at “home”… “You took me back home to the Shabeens in my native Togo.” Her voice trembled as she spoke.

In 2011 the work was selected to the permanent collection of the Smithsonian National Museum of African American History and Culture. It has met the standard for our nation’s first national museum ( NMAAHC). An unprecedented number of millions of national and international guests are anticipated to visit both the physical and virtual museum sites of this work.

“What struck me most about this collection was Willie’s great talent for pulling the reader into a story. I especially enjoyed the rich evocative narrative voice, the delicate attention to detail, and the sensitive portrayal of characters.”

We owe a huge debt of gratitude to Carol Campbell and The Leave the Light On Foundation and to B.E. Noel, NoelArtLiaison.com. Without their support and guidance, the Juke Joint exhibit would no longer exist.

In 2011 Juke joint had the honor of being accessioned into the permanent collection of the Smithsonian National  Museum of African-American History and Culture.

In 2013, while the exhibition was awaiting delivery instructions for later that year, Willie became critically ill and was hospitalized for a few months. During this trying time, the payment to the storage company lapsed and the Juke Joint was auctioned off to the highest bidder. The new owners were attempting to sell the Juke Joint off in pieces when Willie received a call in his hospital bed from Carol Campbell of the Leave the Light on Foundation.

Willie had been extremely worried that his work was going to be lost forever and not make it to it’s new home, but through help from Carol Campbell and gallery owner B.E. Noel, along with generous donations from Carol’s Leave the Light on Foundation, and several close friends of Willie’s, the Juke Joint was recovered and is now part of the Smithsonian’s permanent collection.

Please help us repay the kindness and donate today to Leave the Light on Foundation. Also please consider B.E. Noel’s art services. You can reach her through noelartliaison.com.

Willie would like to thank his family for giving him the richness of these experiences. He thanks you one and all who have contributed to making the Juke Joint a success. 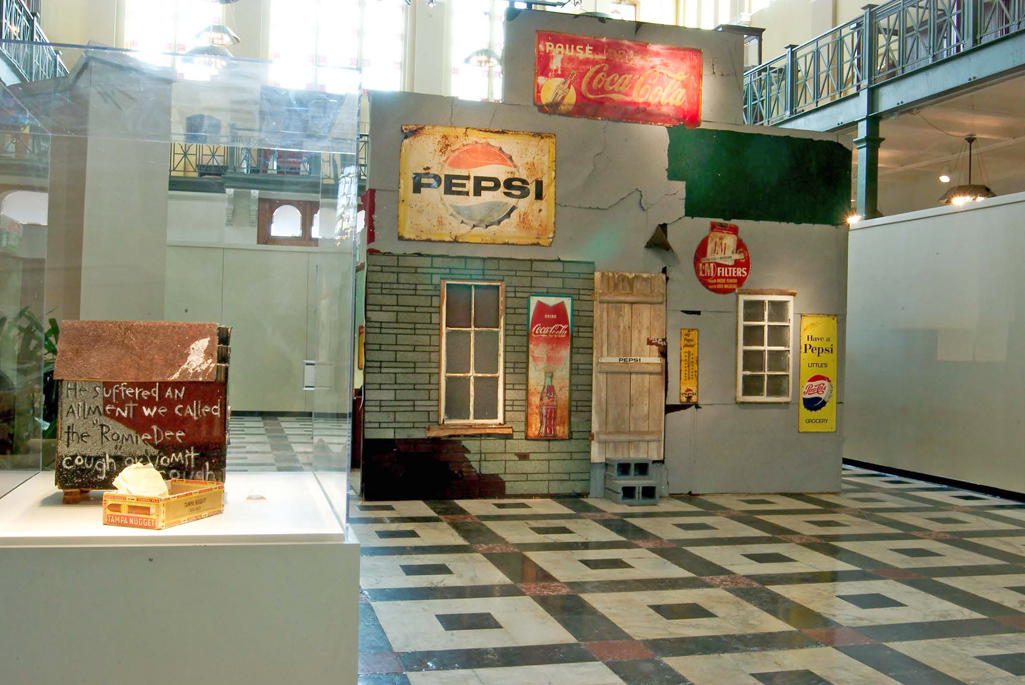 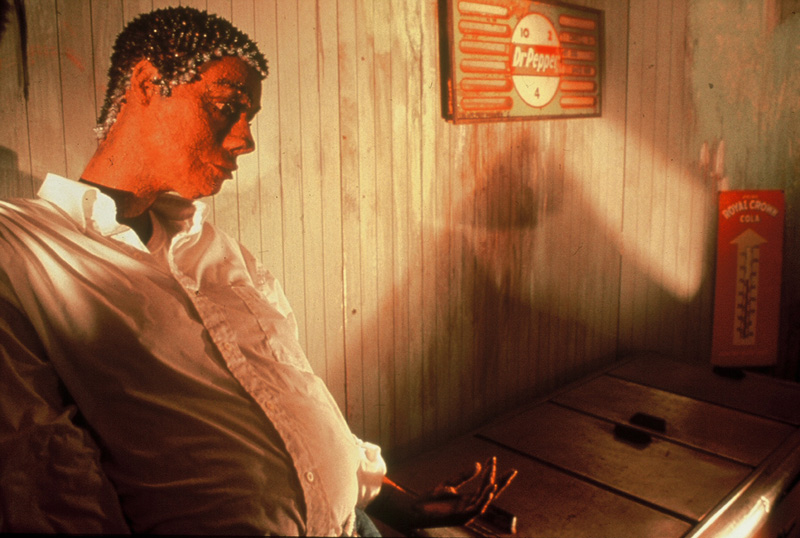 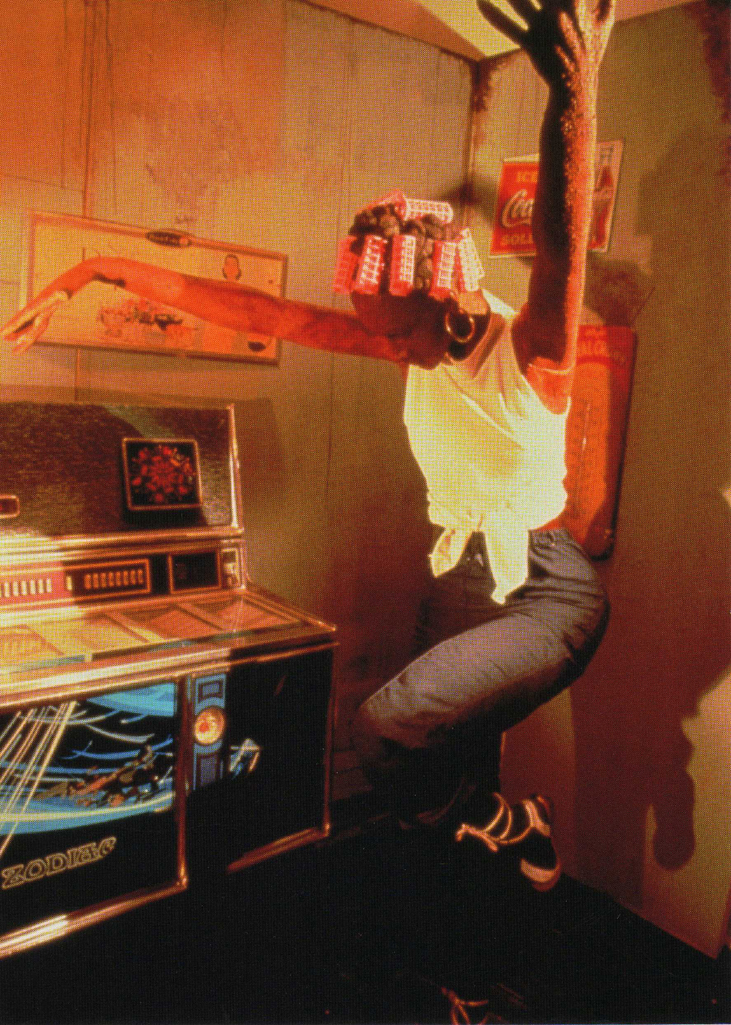 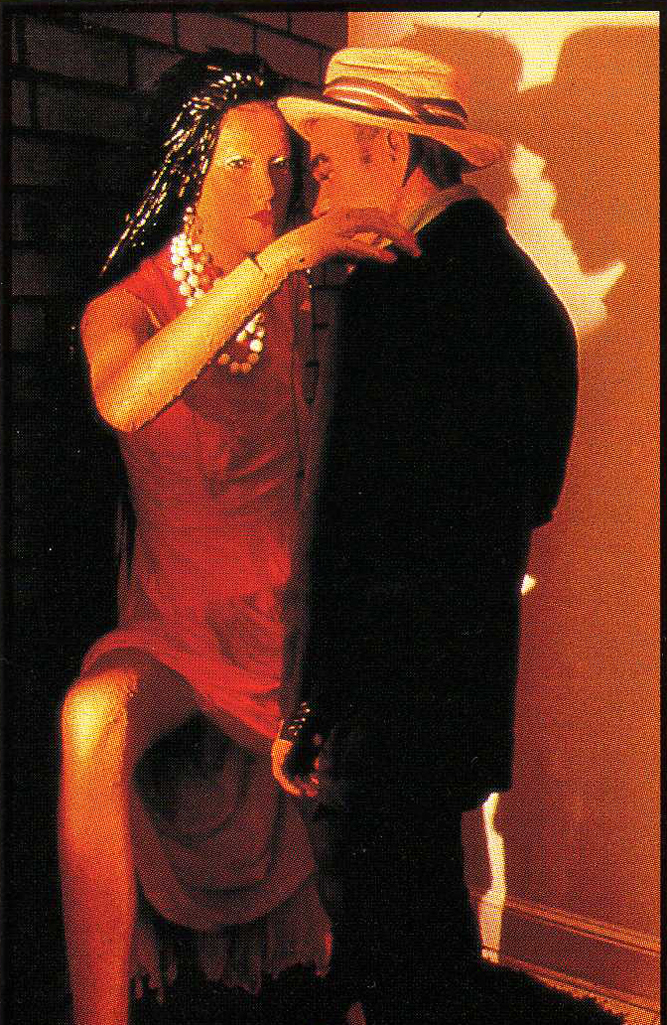 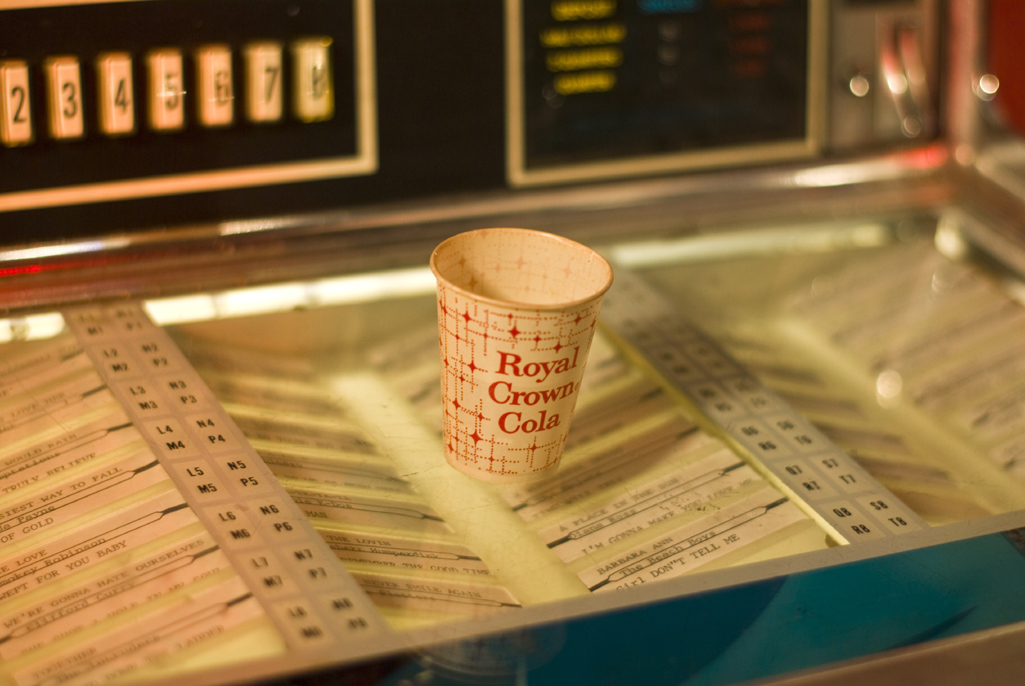 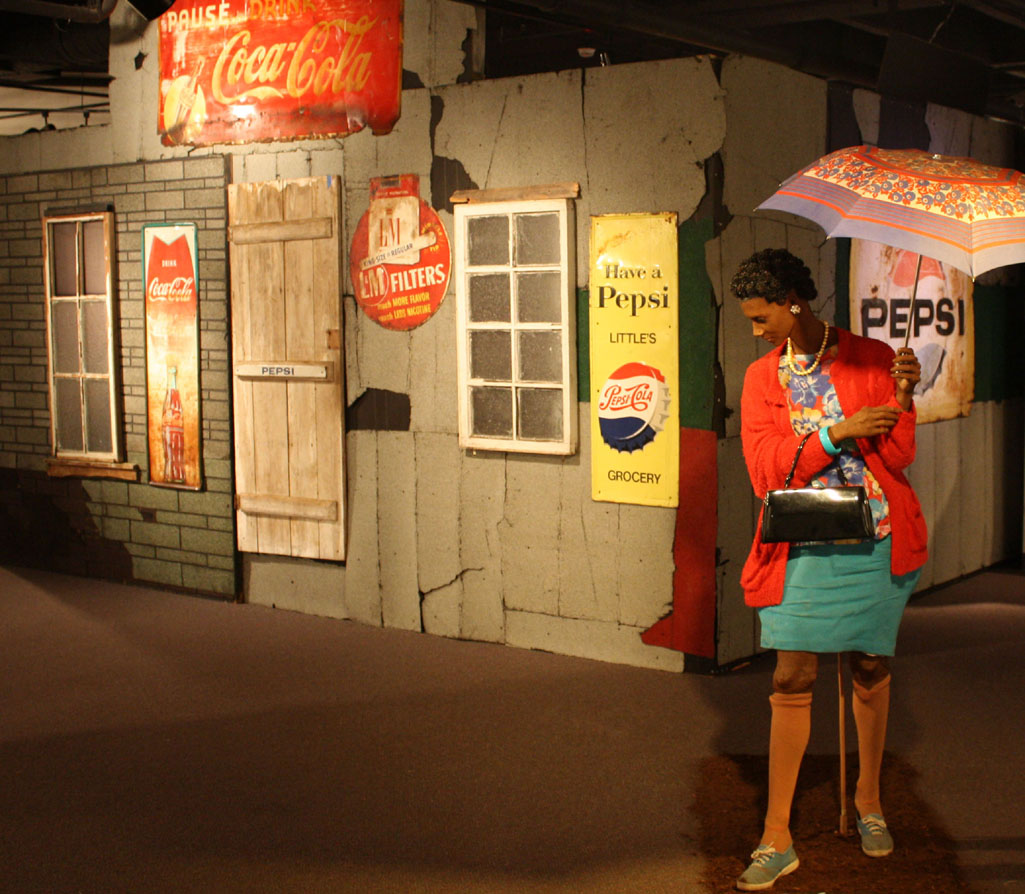 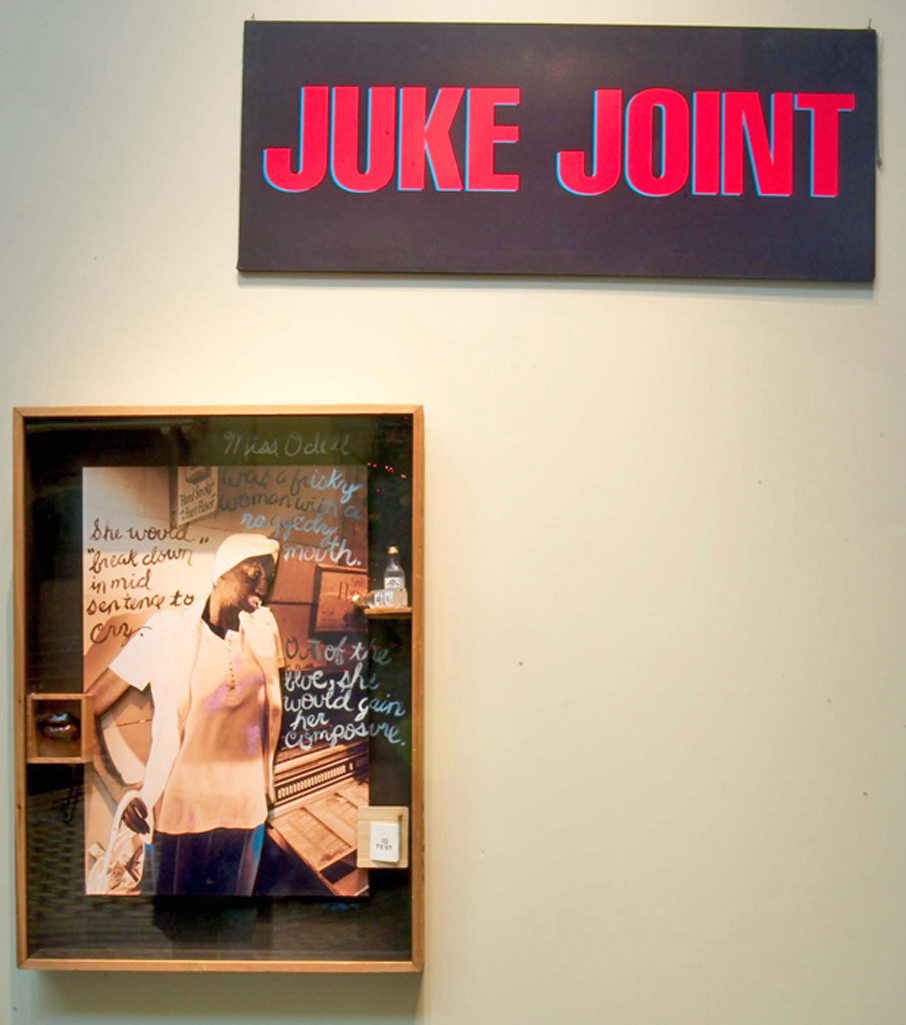 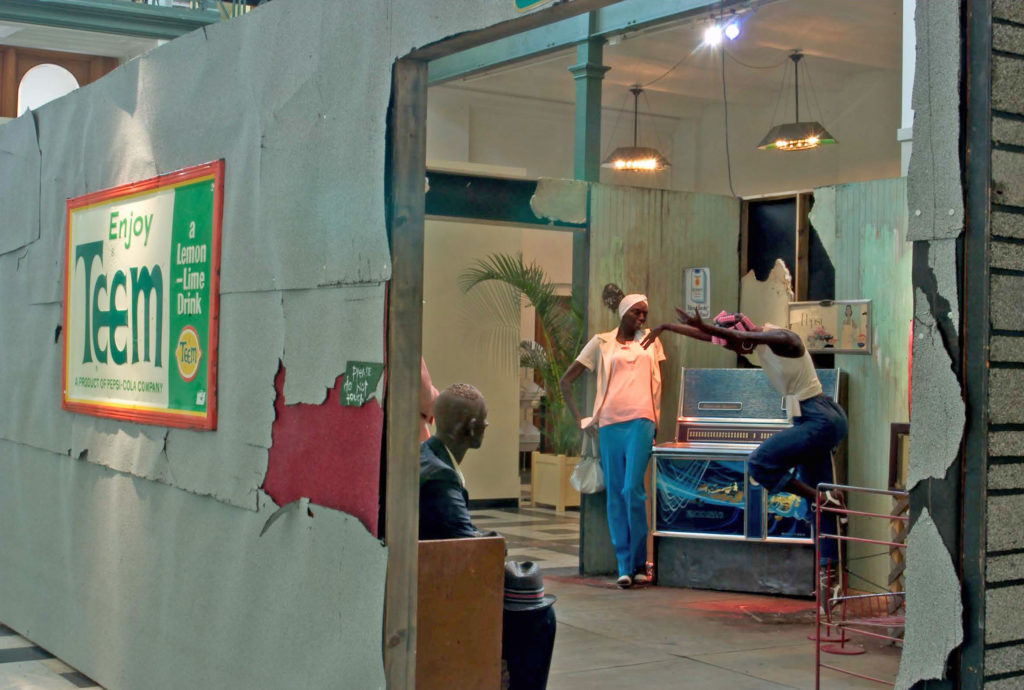 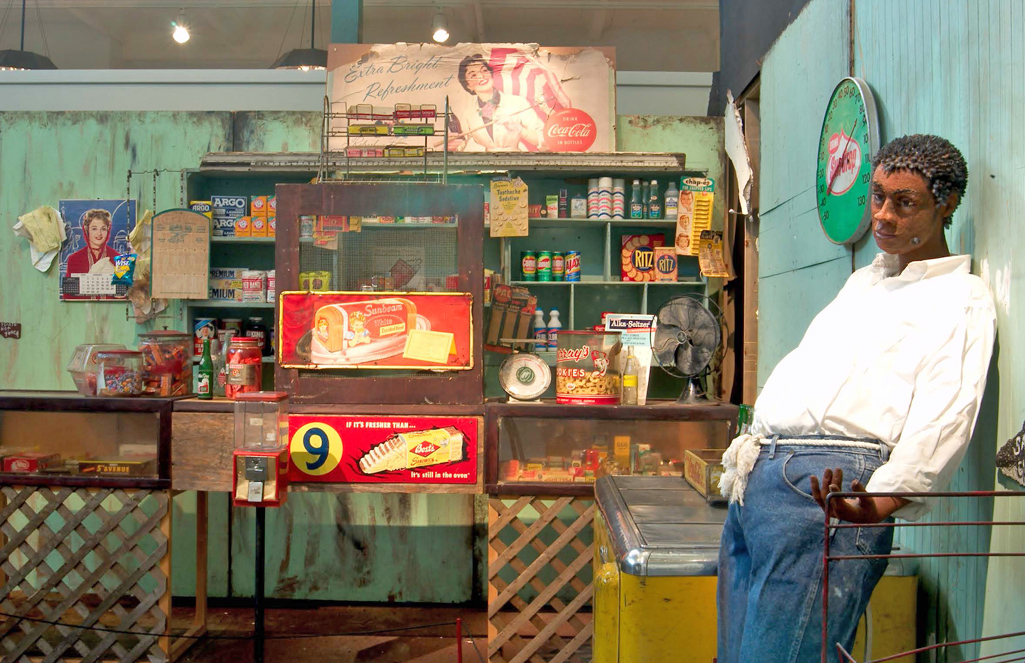 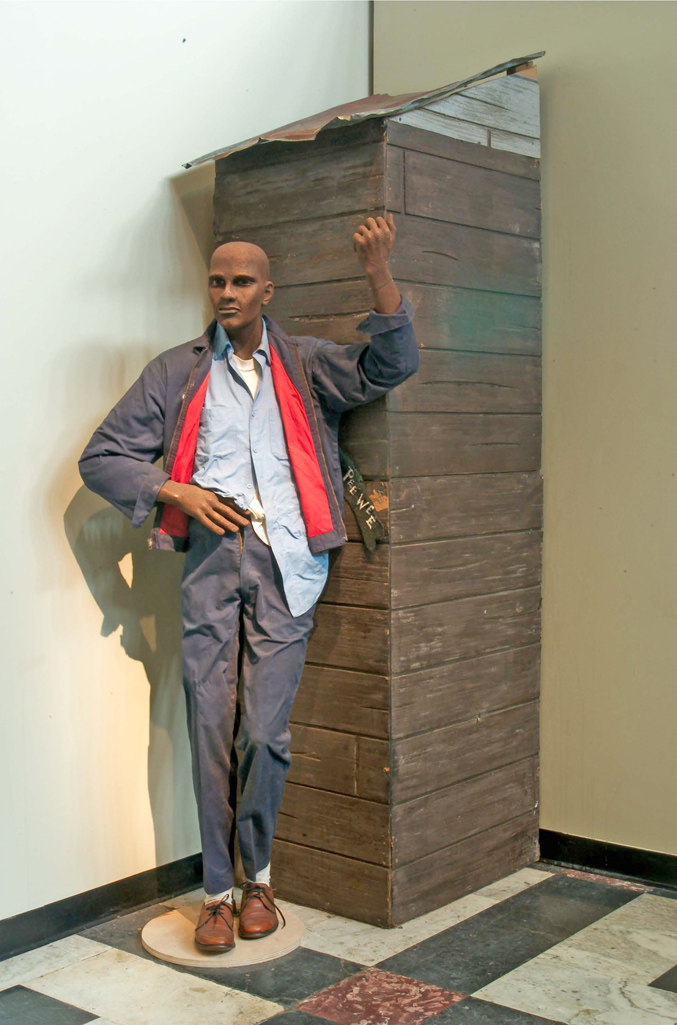