Assemblage with found objects, photographs, text and oil on canvas

A Door to American Culture is an examination and celebration of the black woman as one of the paths to understanding American culture. The work embraces some of the roles and realities that the black woman has played in nurturing American Culture. Photographs of a mammy, a nanny and a representation of Sally Hemmings as well as a portrait of a “woman as door” become symbols that speak to some of the specific roles.

The black woman has been the mammy, the nanny, midwife and secret lover to America. Symbolically speaking, she has raised America. The inspiration for distressing and burning the doors symbolizes the abuse and desecration, yet ultimate resilience and survival of the “door”. The division of keys and door locks on separate doors is a powerful metaphor that suggests that people unconsciously “pass through” or “use” doors everyday, yet fail to consider a door’s significance when no key is necessary to enter. 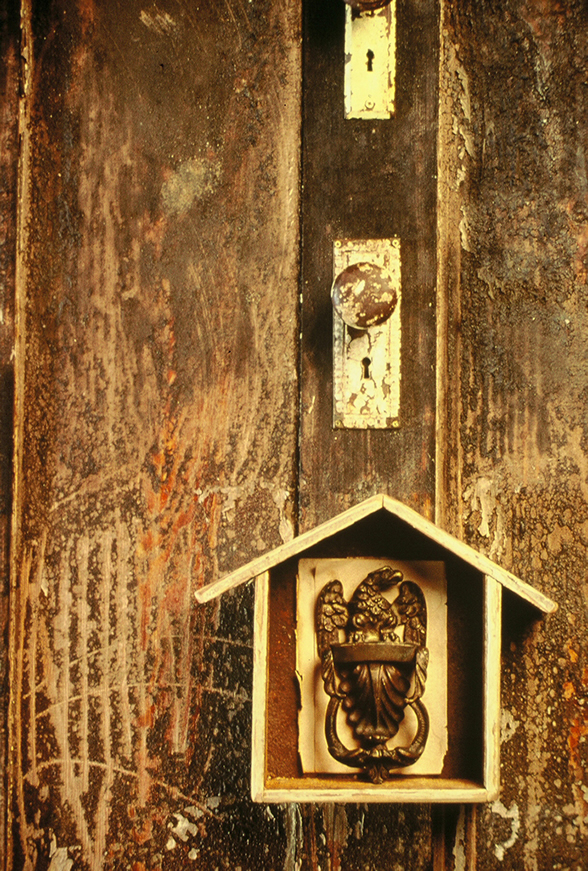 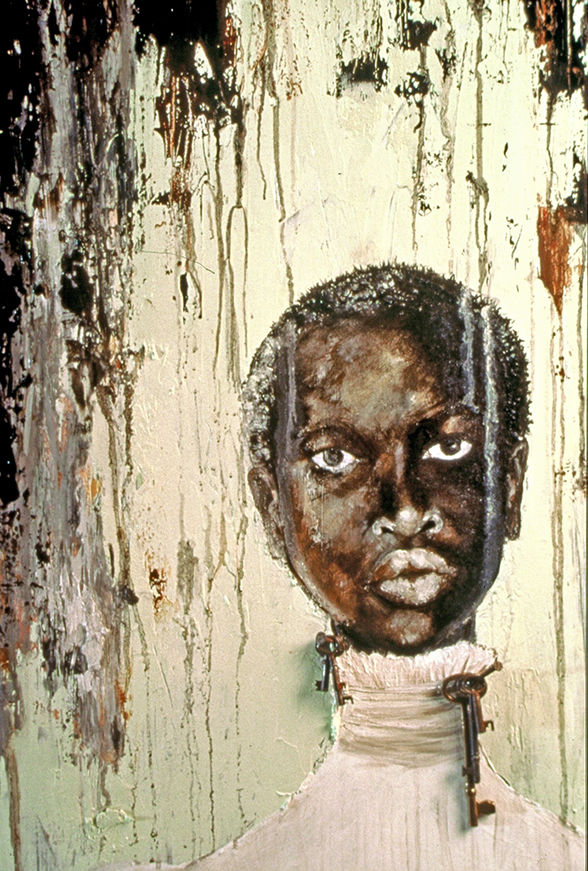 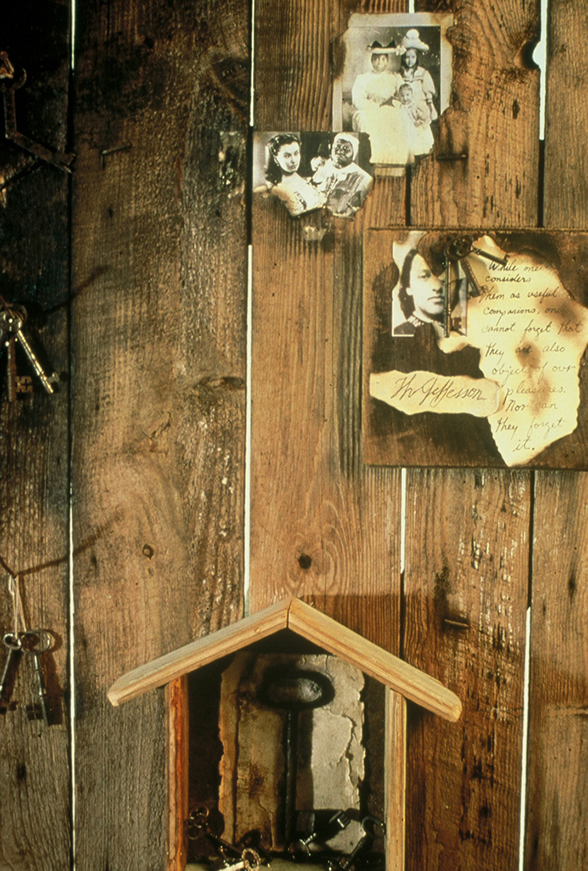 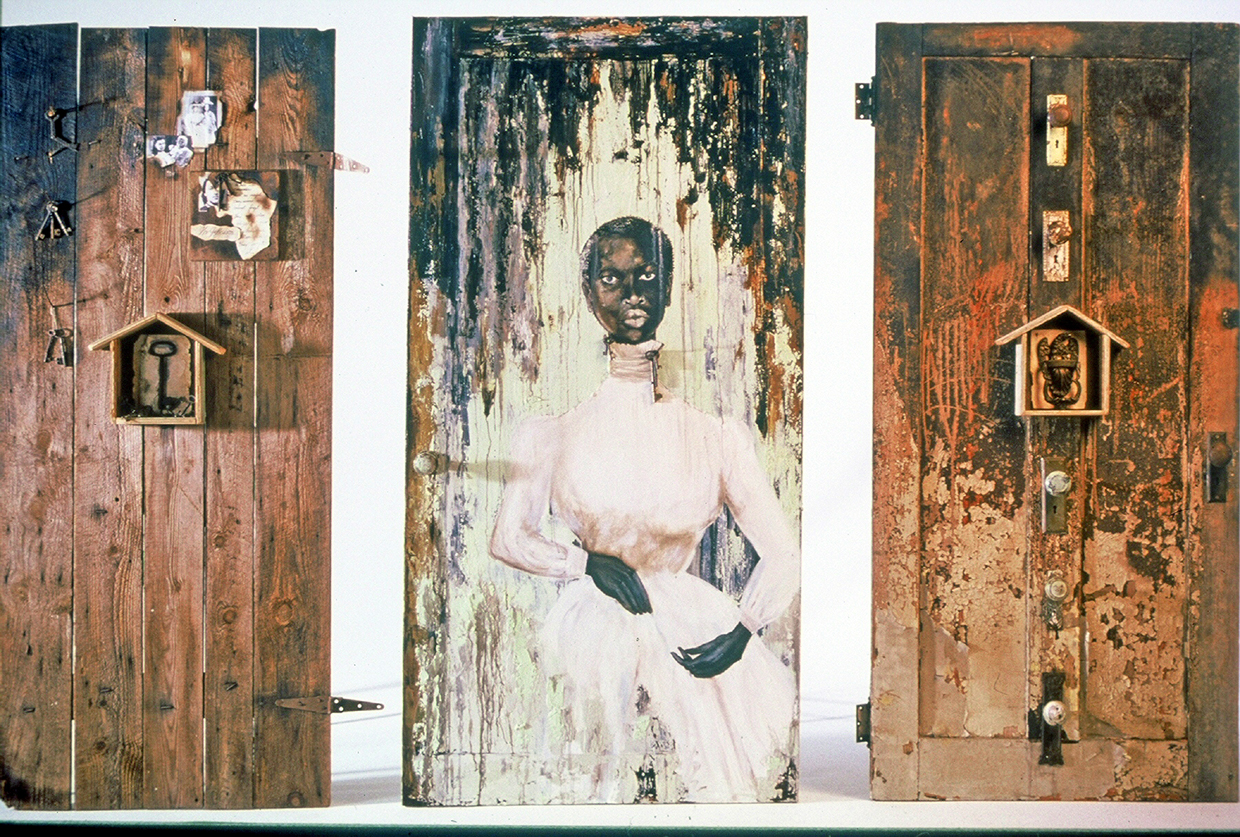